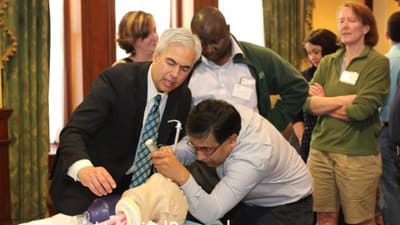 Despite this data, I still firmly believe that physicians and advanced practice providers must learn how to properly perform direct laryngoscopy and traditional endotracheal intubation. This is a critical skill to learn and may be necessary if your institution lacks video laryngoscopy or when the video laryngoscope is broken.