Do we really need to do a modified Allen’s Test before Radial Arterial Line Insertion?

During a modified Allen’s test, the patient makes a tight fist and elevates the wrist for 30 seconds.  Then, the operator compresses both the ulnar and radial artery and the hand is opened and should appear blanched.  Finally, the hand is lowered and pressure on the ulnar artery is released.  Reperfusion of the hand should occur within 7 seconds normally.  If it takes longer than 7 seconds for a pink color to return to the hand, it is considered an abnormal modified Allen’s test. 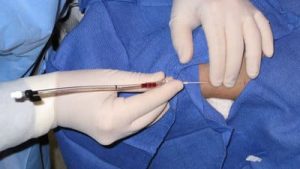 Menu
Before you Go!